admin
William Henry Quilliam (10 April 1856– 23 April 1932), who changed his name to Abdullah Quilliam and later Henri Marcel Leon or Haroun Mustapha Leon, was a 19th-century convert from Christianity to Islam, noted for founding England's first mosque and Islamic centre.
Quilliam converted to Islam in 1887 after visiting Morocco to recover from an illness. Quilliam purchased numbers 8, 11 and 12 Brougham Terrace, Liverpool, following his conversion, through a donation from Nasrullah Khan, Crown Prince of Afghanistan. 8 Brougham Terrace became the Liverpool Muslim Institute, the first functioning mosque in Britain. He also opened a boarding school for boys and a day school for girls, as well as an orphanage, Medina House, for non-Muslim parents who could not look after their children but agreed for them to be brought up as Muslims. In addition, the Institute hosted educational classes covering a wide range of subjects, and included a museum and science laboratory. It opened on Christmas Day, 1889. 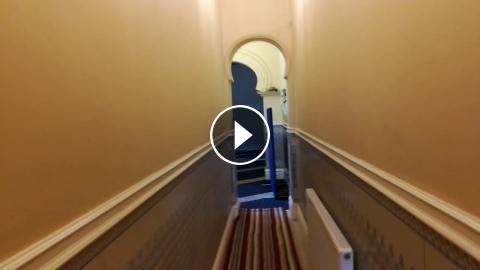