Biodiversity Conservation of the Trans-Himalayan Region of Ladakh: Jigmet Takpa at TEDxLeh

admin
Jigmet Takpa is Director of the Ladakh Renewable Energy Development Agency, since 2000. He is also the Chief Conservator of Forests for Ladakh (since 2002). Since founding LREDA, Jigmet Takpa has completed the solar electrification of 39 villages using solar home lighting systems and solar lanterns -- the first project of its type in India, supervised the design, installation and commissioning of two solar power plants (Nyoma, the first ever solar power plant in J&K and Durbuk, 100 KWp), coordinated a survey of geothermal energy potential in Puga Valley (expected to generate more than 50MW), supervised installation of micro-hydro devices across Ladakh and overseen the installation of wind monitoring stations across the region. He achieved the designation of Special Focus Area Status for Ladakh and formulated a comprehensive action plan for the development of renewable energy in Ladakh, which was approved by the Union Cabinet, Government of India. The project includes the development of hydro power (12MW), 80 solar power plants, 25,000m2 solar water heaters, 10,000 solar cookers, 7000 solar passive buildings and 4000 solar green houses. In 2004-05 he coordinated the drafting of Ladakh Vision 2025, which now forms the basis for Ladakh's development strategy. Jigmet Takpa was appointed Chief Coordinator for the Relief Commission, set up following flash floods which devastated parts of Ladakh on an unprecedented scale in August 2010.

The talk highlights the achievements of Ladakh as one of the few districts in India relying on Solar and Hydro energy and also the sustainable means of living by the local people of Ladakh. The talk also focuses on the key work done by Jigmet Takpa and his team towards conservation of Biodiversity of Ladakh

Biodiversity Conservation of the Trans-Himalayan Region of Ladakh: Jigmet Takpa at TEDxLeh 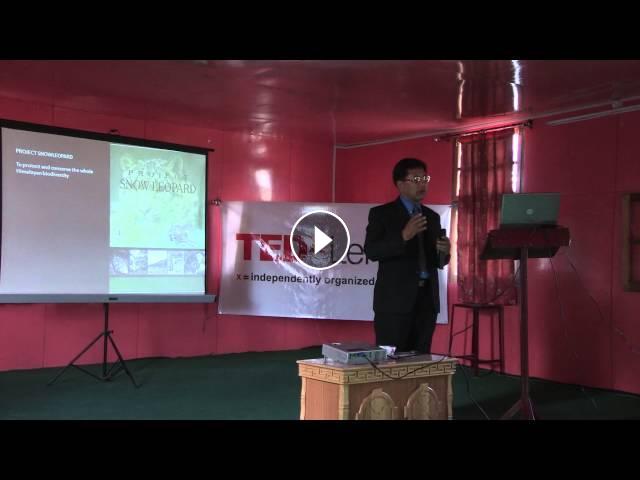 Jigmet Takpa is Director of the Ladakh Renewable Energy Development Agency, since 2000. He is also the Chief Conservator of Forests for Ladakh (since ...