Finding our Humanity at Festivals: Chip Conley at TEDxConstitutionDrive

admin
Hotel guru. Armchair psychologist. Traveling philosopher. Author. Speaker. Teacher. Student. Chip Conley has lived out more than one calling in his lifetime. No one has led the development, creation, and management of more boutique hotels than Chip Conley, founder and former CEO of Joie de Vivre (JDV). At age 26, Chip's mission was to "create joy" by building a company that USA Today called "the most delightfully schizophrenic collection of hotels in America." During his nearly 24 years as CEO, JDV grew to become the second largest boutique hotel company in America. (Chip is no longer an owner or leader of Joie de Vivre's management business -- now part of Commune Hotels -- but remains a partner in several hotel properties.)Chip shares his unique prescription for success in PEAK: How Great Companies Get Their Mojo from Maslow, based on noted psychologist Abraham Maslow's iconic Hierarchy of Needs. The New York Times bestseller, EMOTIONAL EQUATIONS: Simple Truths for Creating Happiness + Success, is Chip's latest book where he takes us from emotional intelligence to emotional fluency -- placing meaning at the top of the balance sheet. His previous books include The Rebel Rules: Daring to be Yourself in Business, and Marketing That Matters: 10 Practices to Profit Your Business and Change the World. Chip presents his theories on transformation and meaning -- in business and life -- to audiences around the world and he's been a featured speaker at TED.Honored with the 2012 Pioneer Award -- hospitality's highest accolade -- The San Francisco Business Times named Chip the Most Innovative CEO -- and JDV the 2nd Best Place to Work in the entire Bay Area. Chip received his BA and MBA from Stanford University and holds an Honorary Doctorate in Psychology from Saybrook University, where he is the 2012/2013 Scholar- Practitioner in residence. He served on the Glide Memorial Board for nearly a decade and is now on the Boards of the Burning Man Project, the Esalen Institute, and Youth Speaks.
**
In the spirit of ideas worth spreading, TEDx is a program of local, self-organized events that bring people together to share a TED-like experience. At a TEDx event, TEDTalks video and live speakers combine to spark deep discussion and connection in a small group. These local, self-organized events are branded TEDx, where x = independently organized TED event. The TED Conference provides general guidance for the TEDx program, but individual TEDx events are self-organized.* (*Subject to certain rules and regulations)

Finding our Humanity at Festivals: Chip Conley at TEDxConstitutionDrive 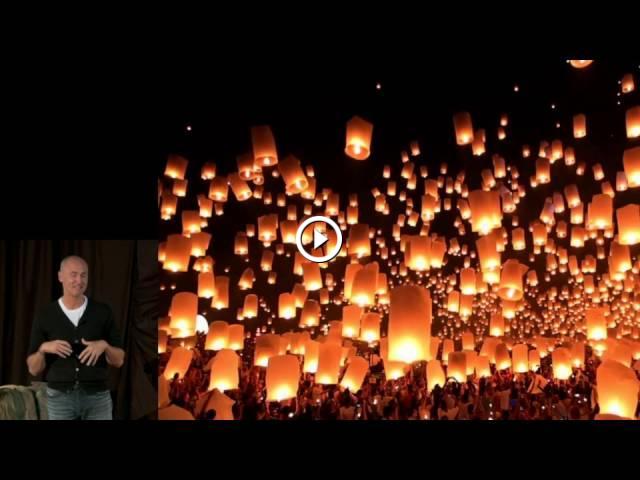