admin
Travel video about destination Hluboka in the Czech Republic.
Located in Czech South Bohemia is the small town of Hluboká Nad Vltavou above which towers a magnificent palace complex whose history dates back to the thirteenth century. The palace was built to protect the borders of the kingdom. Over time, it had many owners until in 1490 Vilém Of Pernštejna began to transform it. In 1562 Emperor Ferdinand The First handed the castle and its courtyard to Jáchym Of Hradec. The new owner, and later his son, Adam, further transformed the Middle Aged Fortress into a comfortable Renaissance castle. The present appearance of the castle was changed during the reign of Johann Adolf The Second who visited England several times in his youth and whose romantic castles deeply impressed him. In 1841, Viennese architect, Franz Beer, was given the task of modernising the castle in the style of English Romanticism. A ‘Bohemian’ Windsor Castle was created, a fairytale castle of Tudor Gothic and Renaissance design. Both armour and weaponry recall the glorious days of past ancestors when Adolf Of Schwarzenberg halted invasion by the Turks in Europe by conquering the Raab Fortress in 1598, a violent time when only faith sustained the people. Hluboká Castle - a fairytale in white!
--------------
Watch more travel videos ►
Join us. Subscribe now! ►
Be our fan on Facebook ►
Follow us on Twitter ►
--------------
Thanks for all your support, rating the video and leaving a comment is always appreciated!
Please: respect each other in the comments.
Expoza Travel is taking you on a journey to the earth's most beautiful and fascinating places. Get inspiration and essentials with our travel guide videos and documentaries for your next trip, holiday, vacation or simply enjoy and get tips about all the beauty in the world...
It is yours to discover! 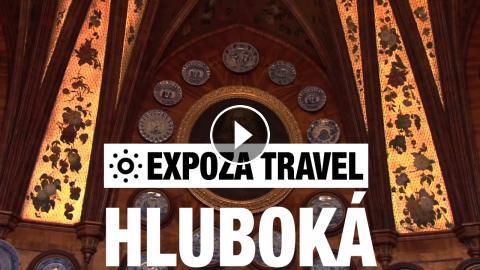 Travel video about destination Hluboka in the Czech Republic.Located in Czech South Bohemia is the small town of Hluboká Nad Vltavou above which tower...