admin
Premiering Monday, December 18, 2017. Check local listings:
When Naomi Kutin, an Orthodox Jewish girl from New Jersey, broke a world powerlifting record at the age of ten – lifting 215 pounds when she herself weighed only 97 pounds – she quickly became a media sensation, earning the nickname “Supergirl.” This intimate portrait follows her unique coming-of-age story as she fights to hold on to her title while navigating the perils of adolescence — from strict religious obligations to cyberbullying to health issues that could jeopardize her future in powerlifting. Filmed over the course of three years, beginning when Naomi was 11, through her Bat Mitzvah at 12, through age 14, Supergirl follows Naomi and her family through training and powerlifting events as well as documenting their strong faith and involvement in the Orthodox community.
Learn more about "Independent Lens":
Like us on Facebook:
Follow us on Twitter:
Follow us on Instagram: 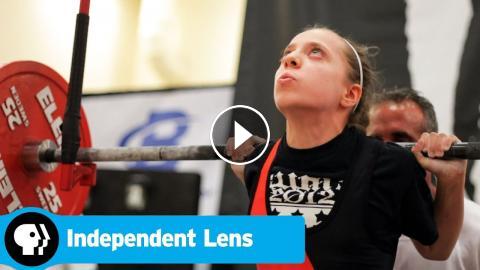