admin
SUBSCRIBE to the OFFICIAL BBC YouTube channel:
LAUNCH BBC iPlayer to access Live TV and Box Sets:
Jordan Clarke performs his rendition of ‘Freaks’ written by Jon Maguire, Rick Parkhouse, Corey Sanders and George Tizzard.
The Eurovision Song Contest is back!
With the 2019 edition taking place in Tel Aviv, the drums are already beating to see who’ll take Netta’s crown, but first, it’s YOUR turn to decide who’ll be joining the party as the UK’s entrant.
Six acts will compete for the honour of representing the United Kingdom at the Grand Final of the Eurovision Song Contest 2019. Mel Giedroyc and Mans Zelmerlow host live from MediaCityUK in Salford as viewers get the chance to vote for the song they want to represent the UK in Tel Aviv, Israel, in May.
Eurovision: You Decide 2019 | BBC
#Eurovision #EurovisionYouDecide #Eurovision2019 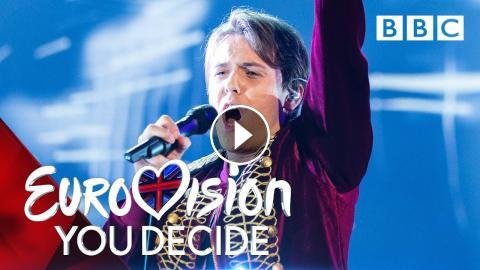