admin
Purchase the film here:
3 STORMS, 10 SAILORS, 1 CHAMPION. THE ENTIRE PLANET AS A STAGE.
These were the breathtaking ingredients for the most challenging windsurfing contest the world has ever seen.
What started as a four month global hunt ended in a two year long journey with Ireland, Tasmania and Cornwall as the final destinations. The criteria were simple: winds greater than force ten and ten world class windsurfers (including four world champions) from eight different countries, in a frenzied and passionate fight against giant waves and storm force gusts.

The result was footage of some of the most extreme windsurfing to ever take place and images never seen before in any windsurfing movie! Get the inside line on how the storms were chased with exclusive behind the scenes footage. Look deep into the souls of the riders, as they face their fears and push the limits of wavesailing time after time.

Get ready to feel the full force of the ultimate windsurf movie.
_
Experience the world of Red Bull like you have never seen it before. With the best action sports clips on the web and original series, prepare for your "stoke factor" to be at an all time high.
See into our world:
Red Bull on Facebook:
Red Bull on Twitter:
Subscribe to Red Bull on Youtube: ...
Get a FREE SUBSCRIPTION to our magazine here (US only): 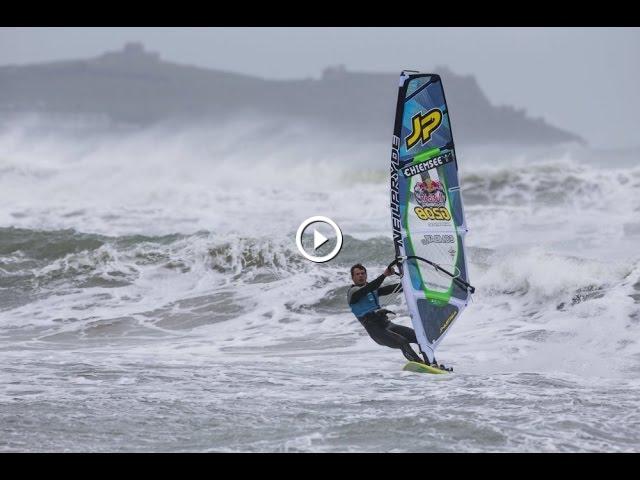 Purchase the film here: 3 STORMS, 10 SAILORS, 1 CHAMPION. THE ENTIRE PLANET AS A STAGE.These were the breathtaking ingredients for the most challengin...