admin
An economist, farmer, and activist, Chetna Sinha works for social change in some of the poorest and most drought-stricken areas of rural India. She is the founder and the current president of the Mann Deshi Mahila Bank, a micro-enterprise development bank. Mann Deshi's clients are from low-income group women with incomes averaging INR 40 (USD 1) per day. The Bank currently has seven branches, over 185,000 clients, and conducts 10,000 transactions on a daily basis. Federal Reserve Bank of India seeks Chetna's advice on financial inclusion and women banking.

Through the Bank and NGO, Chetna has promoted a holistic approach to help her clients -- one that combines economic activity with the educational tools and health care necessary to lead a productive life. Since 2006, Chetna has partnered with global organizations such as HSBC, British Asia Trust, Accenture, Clinton Global Initiative,GIZ, Deutsche Bank, Bonita Trust, Commonwealth of Learning and Global Giving to develop corporate community partnership programs, which allow the corporate sector in the U.S. and Europe to get a unique view of the impact that micro-finance initiatives have on the local rural population.


Chetna works with marginalized communities and since 1996; she has been organizing women in rural areas of Maharashtra in the fight for the land and housing property rights. Mann Deshi has also launched a community radio station, which provides a platform for information sharing and creative self-expression among the community members of Mhaswad. Moreover, Mann Deshi provides an extra-ordinary self-development opportunity to rural girls and boys through


Mann Deshi Champion Sports Program. She has established a first kind of "Mann Deshi Chamber of Commerce with toll free number" and "Finance Company" for rural women. With this formation Chetna aims to support ONE MILLION women entrepreneurs by 2020.


CHETNA HAS BEEN HONORED WITH THE 2005 JANKIDEVI BAJAJ PURASKAR AWARD FOR RURAL ENTREPRENEURSHIP. SHE HAS ALSO BEEN AWARDED LIFETIME MEMBERSHIP WITH ASHOKA INNOVATORS FOR THE PUBLIC, AND WAS SELECTED FOR THE FIRST CLASS OF YALE UNIVERSITY'S WORLD FELLOWS PROGRAM IN 2002-03. 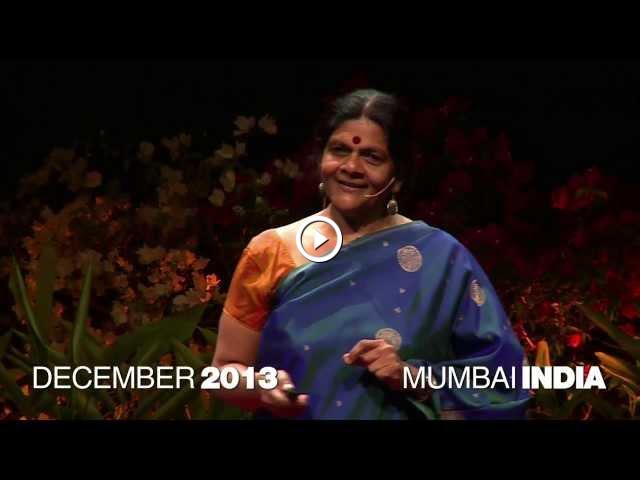 An economist, farmer, and activist, Chetna Sinha works for social change in some of the poorest and most drought-stricken areas of rural India. She is...