10 Most Influential Weapons in History

The history of weapons is a vast subject and involves a step-by-step account of the various weapons that were invented over the course of time. Weapons can be defined as: "a tool used to hurt an individual or a group or to threaten or defend".

Apart from their employment in warfare and other combat situations, they are also used for hunting-and-gathering purposes, the preservation of law and order, border security, and for the committing of crimes.

Weapons have always played a crucial role in society, moulding and changing the course of history. They have destroyed civilizations and created new ones. In the ancient days, when Egypt was at its peak, the Hyksos invaded it only because they had superior weapons made of iron. They thrust into Egypt using chariots — a tactical and logistical innovation which amazed the Egyptians.

The Macedonians surged ahead of all other civilizations by introducing siege weapons such as the catapult, and field weapons such as the pike, which was employed to deadly effect by heavily armed infantrymen arranged in phalanxes. The Romans subsequently improved the quality and technology of siege equipment, arms and armor, and battle tactics.

Gunpowder, a Chinese invention, was introduced on to the battlefields of Europe in the Middle Ages, thereby revolutionizing military strategy and introducing a whole new range of propellent-based ordnance. The Germans after their defeat in World War I, began devising new methods of creating superior grades and types of weapons, such as the jet fighter, while World War II in general caused an arms race which culminated in the development of the atomic bomb.

The world's arsenal of weapons began in prehistoric times with simple clubs, stone tools, wooden spears and simple slings. It later progressed to include bows and arrows, Greek fire and sophisticated blade technology, and, still later, to embrace cannons, rifles, machine-guns, tanks, battleships, war planes, rockets -- and eventually nuclear weapons. The evolution of these multifarious kinds of weapons helps us to understand the technology employed by our ancestors in different periods of history. They also give an insight into how changing societal pressures and political structures have given rise to progressively deadlier implements of death and destruction.

10 Most Influential Weapons in History 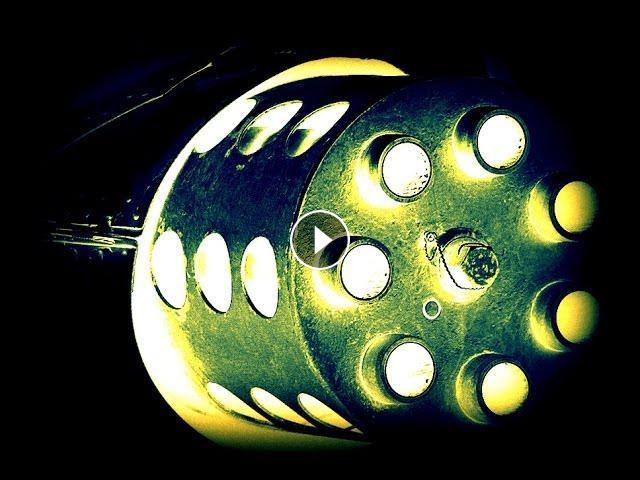