The cubs, Nadia and Azul, are both female and were born in January of 2016. In the days following the birth, their mother was not providing suitable maternal care so Bronx Zoo keepers intervened and hand-raised the cubs until they were fully weaned.

“The majority of animals born at the Bronx Zoo are raised by their parents,” said Jim Breheny, WCS Executive Vice President and Director of the Bronx Zoo. “But in certain cases, the mom’s need help raising offspring. Our keepers did a wonderful job raising the Malayan tiger cubs through the critical first few months of their lives. As the cubs mature, they are learning ‘how to be tigers’ and following their instincts and developing the skills and behavior of adult tigers. The transition process form cub to young adult is amazing to witness.”

This is the third litter of Malayan tigers born at the Bronx Zoo.

Tigers are classified as Endangered by the International Union for the Conservation of Nature (IUCN). There are fewer than 3,500 tigers left in the wild. With an estimated 250 Malayan tigers remaining, this subspecies is classified as Critically Endangered. Malayan tigers are native to the Malayan peninsula and are threatened by poaching, prey depletion, and habitat loss.

The Bronx Zoo is breeding Malayan tigers and Amur tigers as part of the Species Survival Plan, a cooperative breeding program designed to enhance the genetic viability of animal populations in zoos and aquariums accredited by the Association of Zoos and Aquariums.

In the field, WCS has a long history working to save tigers. WCS conservationists have been conducting ecological studies on tigers since the 1960s and have worked with local peoples and governments to establish protected areas, increase enforcement against poaching, and develop public education programs. Today, WCS researchers continue their work across Asia safeguarding tigers throughout their range.
----

WCS (Wildlife Conservation Society) MISSION: WCS saves wildlife and wild places worldwide through science, conservation action, education, and inspiring people to value nature. To achieve our mission, WCS, based at the Bronx Zoo, harnesses the power of its Global Conservation Program in nearly 60 nations and in all the world’s oceans and its five wildlife parks in New York City, visited by 4 million people annually. WCS combines its expertise in the field, zoos, and aquarium to achieve its conservation mission. Visit: newsroom.wcs.org Follow: @WCSNewsroom. For more information: 347-840-1242. 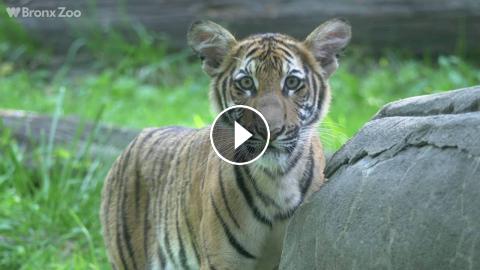