Subject of the Movie:
Mert and Peri are soaked in love with each other. The young woman named Peri, who has a pure beauty, suffers from a disease that she does not share with anyone. Mert, who now wants to keep the strings of his life, has problems with his beloved father. But Peri's disease will bring these people who have some problems closer together.

The film is directed by Biray Dalkıran, directed by Araf (2006), Cennet (2007), Cehennem 3D (2010) and Write Me A Robbery (2012), and the young actors Burcu Kıratlı and Emre Kızılırmak are the leading roles in the film. The squad is accompanied by names such as Orhan Aydın, Sedef Şahin, Alp Korkmaz, Çetin Altay and Itır Esen. 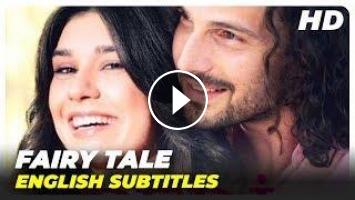 Fairt Tale (Peri Masalı) | Turkish Love Full Movie ( English Subtitles ) Subject of the Movie: Mert and Peri are soaked in love with each other. The y...