admin
An investigation of how Donald Trump defied expectations to win the presidency.
Subscribe on YouTube:
Through interviews with key players, the film shows how Trump rallied millions of supporters, defeated adversaries, and who he’s bringing into the White House with him. From veteran filmmaker Michael Kirk ("The Choice 2016") and his team.
“Trump's Road to the White House” premieres Tues. January 24th from 10 p.m. EST / 9 p.m. CST on PBS and online:
Twitter:
Facebook:
Google+:
FRONTLINE is streaming more than 200 documentaries online, for free, here:
FRONTLINE is made possible by PBS and CPB. Major support is provided by The John D. and Catherine T. MacArthur Foundation. Additional support is provided by the Park Foundation, the John and Helen Glessner Family Trust, the Wyncote Foundation and Jon and Jo Ann Hagler on behalf of the Jon L. Hagler Foundation. 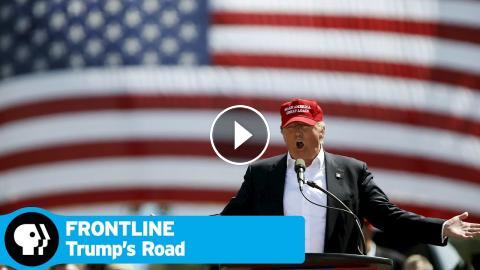 An investigation of how Donald Trump defied expectations to win the presidency.Subscribe on YouTube: Through interviews with key players, the film sho...