admin
'Natural Born Hustlers: Sex, Lies & Dirty Tricks' airs Wednesday, January 27, 2016 at 8 p.m. (ET) on PBS (check local listings).
When it comes to the most important goals in the animal kingdom, learning how to survive and raising the next generation are right at the top of the list. This may seem clear cut, but the lengths to which some animals go to achieve these objectives can often be downright devious. To illustrate the point, we see a shady squirrel, double-crossing cuttlefish, a conniving orchid mantis and a deceitful bird called a drongo use mimicry, disguise, and trickery to get what they want. Throughout the episodes, scientists studying animal con artists pull back the curtain on their deceptions, using their latest research to demonstrate how each of them hustles their mark. This three-part series reveals the modus operandi of some of nature’s greatest animal con artists as they outwit predators, line up their next meal, and get the girl.
The series concludes with Sex, Lies & Dirty Tricks, which explores sneaky mating techniques. For example, a lusty low-ranking male in a mob of red kangaroos considers possible plan A and plan B options when only the alpha male has the right to mate with the females in the group. A male marsh harrier’s solution to avoid conflict with a dominant resident male during breeding season is to grow feathers that make him look like female. He fools the resident male, but is able to woo a real female and settle down to raise a family. The final hour also exposes the dark ways brood parasites avoid parental duties, and how their chicks go even further to get the full attention of their foster parents. It’s a tough world out there, so it’s not surprising that crafty animals turn to disguise, illusion, duplicity and mimicry to beat the odds and live another day. 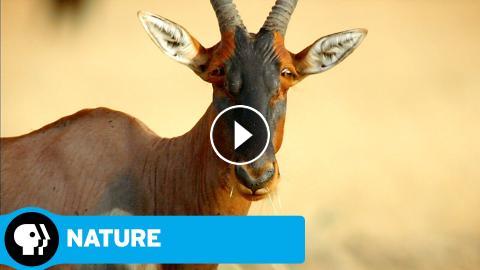