Flutes + Beatbox: From Body Casts to Stages of the World: Viviana Guzman at TEDxConstitutionDrive

admin
Described by the New York Times as "an imaginative artist," Chilean-born flutist, Viviana Guzmán (www.viviana.org) performs over 50 concerts a year throughout the world. Her most recent recording "Traveling Sonata" received a Grammy Nomination. She has been featured on programs for PBS, NBC, and NPR, seen on the cover of Latina Style Magazine, and in COSMOPOLITAN en Español and has performed in 123 countries, and in all 7 continents including South Africa, Ireland, Spain, Brazil, Bali, India, Peru, Japan, China, Argentina, Greece, often featuring flutes from her collection of over 100 gathered from concert tours. Her music video was aired on UNIVISION in 30 countries. She has performed as soloist with 65 ensembles including orchestras in Russia, Chile, Vermont, New York, Wisconsin, California, Texas, Montana, Philippines, in such halls as in Carnegie Hall, Avery Fisher Hall in Lincoln Center, and other prominent stages with such artists as Mikhail Baryshnikov, Placido Domingo, and Glenn Close. Last season included appearances in New Orleans, Honolulu, American Samoa, Mexico, Thailand, Panama, Peru, Chile, and as a soloist with the Philippines Symphony Orchestra in Manila and this season includes performances in Argentina, Philippines, Taiwan, Tahiti, Easter Island, California, Mexico Chile, and as a soloist with the Southeast Missouri Symphony Orchestra as well as with the San Jose Chamber Orchestra.
**
In the spirit of ideas worth spreading, TEDx is a program of local, self-organized events that bring people together to share a TED-like experience. At a TEDx event, TEDTalks video and live speakers combine to spark deep discussion and connection in a small group. These local, self-organized events are branded TEDx, where x = independently organized TED event. The TED Conference provides general guidance for the TEDx program, but individual TEDx events are self-organized.* (*Subject to certain rules and regulations)

Flutes + Beatbox: From Body Casts to Stages of the World: Viviana Guzman at TEDxConstitutionDrive 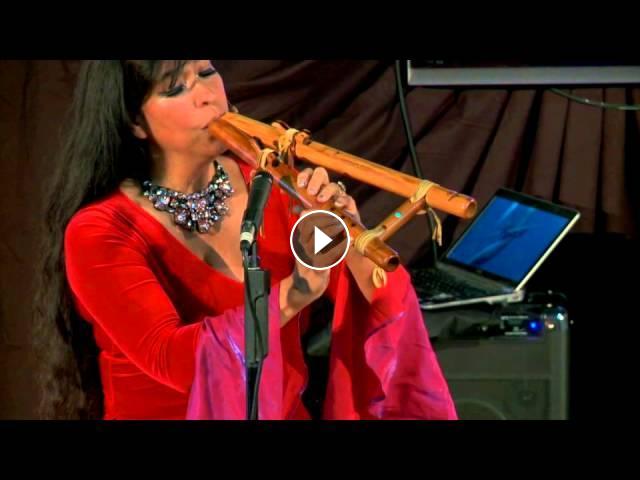