admin
Set within the Black Hills in the state of South Dakota, is one of the most famous landmarks in the USA, the Mount Rushmore National Memorial. Four monumental portraits of the most famous American presidents have been carved into the granite and symbolize a kind of spectacular tribute to democracy.

Since their unveiling in 1941, the huge faces of George Washington, Thomas Jefferson, Theodore Roosevelt and Abraham Lincoln have created a good deal of interest. The area around Mount Rushmore is also most striking, as the Black Hills' mountain range is a masterpiece of nature.

Twenty-five km southwest of Mount Rushmore is another stone image that towers up from the landscape, the Crazy Horse Memorial. Created in 1947, it commemorates the famous chief of the Oglala Lakota, a native american indian tribe. Its dimensions are even larger than those of Mount Rushmore and when completed, it will be 195 metres long and 172 metres high!

But the Mount Rushmore area is far more than just a symbol of American history. It is also steeped in the rich culture and traditions of North America's native Indians.

Global Treasures - History's Most Protected Monuments - Heritage is our legacy from the past, what we live today, and what we pass on to future generations. Our cultural and natural heritage are both irreplaceable sources of life and inspiration. Places as unique and diverse as the wilds of East Africa's Serengeti, the Pyramids of Egypt, the Great Barrier Reef in Australia and the Baroque cathedrals of Latin America make up our world's heritage. Join us as we explore one of these protected monuments. 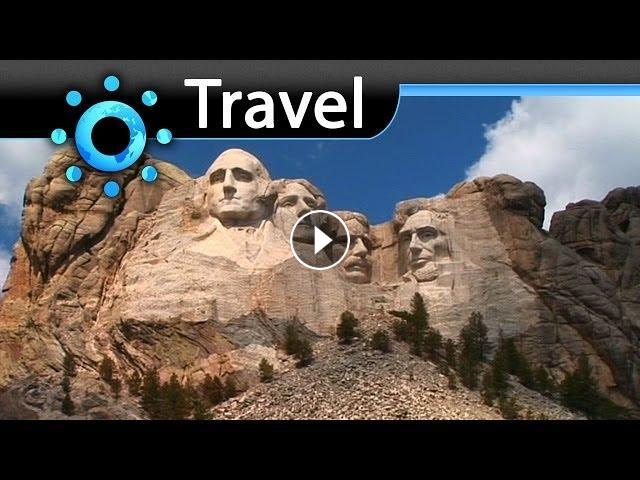 Set within the Black Hills in the state of South Dakota, is one of the most famous landmarks in the USA, the Mount Rushmore National Memorial. Four mo...