Racial Justice in America | Inside America with Ghida Fakhry

ava
Protesters across America cheered after a jury found former Minneapolis police officer Derek Chauvin guilty on on all three counts- second-degree murder, third-degree murder and second-degree manslaughter- in the brutal encounter that killed George Floyd, an unarmed black man. Video footage of Chauvin with his knee on Floyd’s neck for 9 minutes and 29 seconds last May sparked nationwide protests.

As many activists celebrated the conviction as a victory in their fight for justice, the verdict came amid a string of more high-profile police shootings of people of color. A police officer fatally shot 13-year-old Adam Toledo following a foot chase in Chicago on March 29. 20-year-old Daunte Wright, an unarmed black man, was fatally shot during a traffic stop in Brooklyn Center, Minnesota on April 11 after a police officer allegedly mistook her gun for her Taser.

What is on the horizon for those who continue to seek justice and accountability in America?

Racial Justice in America | Inside America with Ghida Fakhry 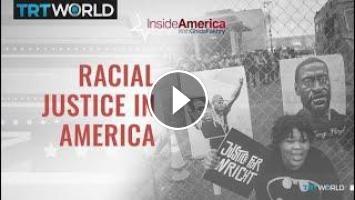