admin
Once again, the big wave surf break, Nazaré, showed us her true colors in spectacular fashion after a recent XXL swell swept through the coast. Chargers among the likes of Ross Clarke-Jones, Hugo Vau, Sebastien Steudtner and Garrett McNamara were able to push their limits like never before with some of the most impressive surf the spot has ever produced.
The results were a spectacular mixed bag of the divine and the dangerous. Regardless of their Hall Of Fame credentials the surfers all logged some of the biggest waves and biggest beatings of their lives. A jetski was ripped from McNamara's hands in 20ft of whitewater. Cotty fell from the sky on consecutive waves, and RCJ proved that once you've got it, you can never lose it. Check out some of the best moments from their epic session.
_
Experience the world of Red Bull like you have never seen it before. With the best action sports clips on the web and original series, prepare for your "stoke factor" to be at an all time high.
See into our world:
Red Bull on Facebook:
Red Bull on Twitter:
Subscribe to Red Bull on Youtube: ...
Get a FREE SUBSCRIPTION to our magazine here (US only): 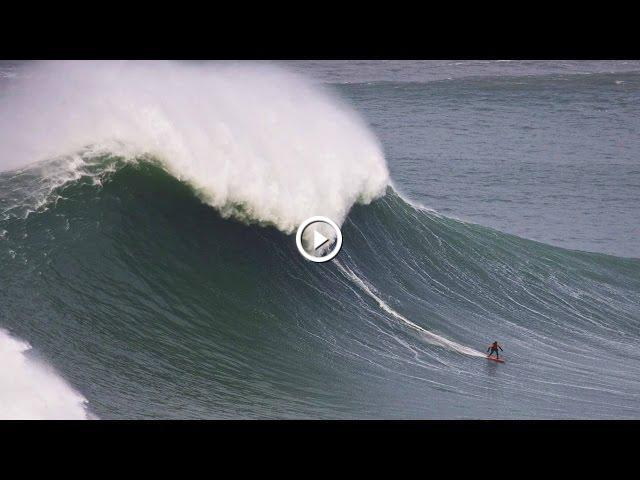 Once again, the big wave surf break, Nazaré, showed us her true colors in spectacular fashion after a recent XXL swell swept through the coast. Charge...