The Joy of failure: Matthew Rogers at TEDxDelft

admin
Is failure a bad thing? "No", says Matthew Rogers. At TEDxDelft he tells about the Joy of Failure. Face, love and free yourself!

As a 21-year old man, he was a university boxer with the ambition to become a Roman Catholic priest. He didn't follow any education in that direction, but his confessor, priest John Gallen, is willing to teach him. Over a period of three years, the priest becomes uncomfortably close. Whenever Matthew confronts him, the priest turns it around and says that he is the one with emotional problems. Matthew wants to go away, but can´t. Until a friend physically removes him from John Gallen's presence. This is a turning-point in his life. He graduates cum laude from law-school, gets married and becomes a father of three sons.

He put his memories in a 'black box' and hides it. "But the voices came back. Every day, like a radio. I tried to change the channel, but couldn't", he jokes. Over the course of his marriage, he had hit his wife. They divorce, and she wrote a book about it. "Then I learned to face my memories, to love what I saw and finally free myself. I found joy!" His life continues in a good way.

"My ex-wife Michelle was invited by Oprah and so 40 million people heard about my one time hit. At that time, the radio became a dolby surround system, I collapsed. Luckily a Dutch friend of mine invited me to come to Europe, to start over again at a new place. So I sold all of my possessions and went. Not much later I went bankrupt. Then I visited some high-energy places, like the Chartres cathedral and the Gizeh plateau, to learn to think different and change the way I act. And it happened!"

Rogers found the tool to joy in failure: "Laughter. Learn to laugh about yourself, that is the trick." Once he learned to face himself, he learned to free himself. Now the voices in his head are quiet. "And whenever the voices try to talk again, the boxer insides me shows up to chase them off. Because now I love myself!"

The Joy of failure: Matthew Rogers at TEDxDelft 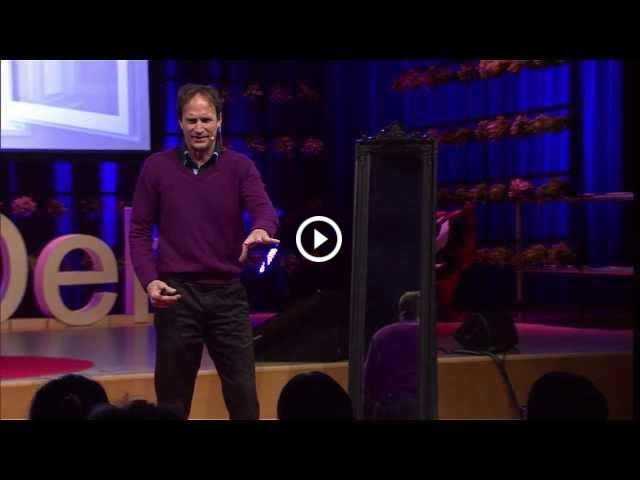 Is failure a bad thing? "No", says Matthew Rogers. At TEDxDelft he tells about the Joy of Failure. Face, love and free yourself! As a 21-yea...