Niue is an island country in the South Pacific Ocean, 2,400 kilometres (1,500 mi) northeast of New Zealand within the triangle formed by Tonga (to the west), Samoa (to the north) and the Cook Islands (to the east). Its land area is 260 square kilometres (100 sq mi) and its population, predominantly Polynesian, is around 1,400. They commonly refer to the island as "the Rock", a reference to the traditional moniker "Rock of Polynesia".[citation needed]
Niue is a self-governing state in free association with New Zealand, and most of its diplomatic relations are conducted by New Zealand on its behalf. Niueans are New Zealand citizens, and Queen Elizabeth II is head of state in her capacity as Queen of New Zealand. 90--95% of Niuean people live in New Zealand,[4] along with about 70% of the speakers of the Niuean language.[5]
Niue is not a member of the United Nations, but its status as a freely-associated state has been accepted by UN organs as equivalent to independence for international law purposes.[6] Niue is a member of some UN Specialized Agencies.
In 2003, Niue became the world's first "Wi-Fi nation", in which free wireless Internet access is provided throughout the country by The Internet Users Society-Niue. 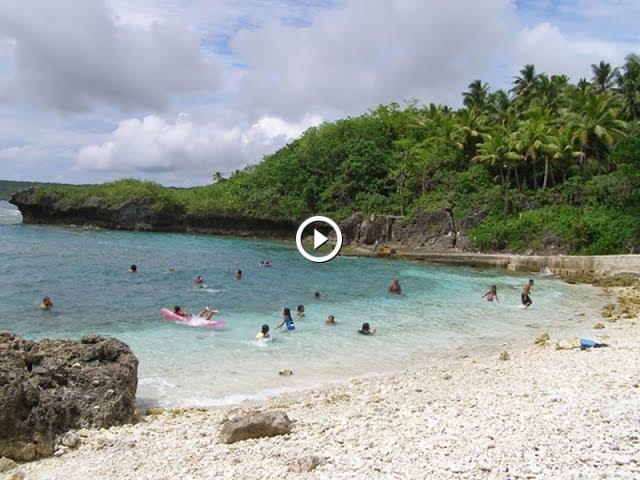