Top 10 Largest Cities or Towns of Republic of the Congo

admin
Thanks for watching....
1. Brazzaville
2. Pointe-Noire
3. Dolisie
4. Nkayi
5. Kindamba
6. Impfondo
7. Ouésso
8. Madingou
9. Owando
10. Sibiti
Music : Alright,Silent Partner; YouTube Audio Library
The Republic of the Congo (French: République du Congo), also known as Congo Republic or Congo-Brazzaville, is a country located in Central Africa. It is bordered by Gabon, Cameroon, the Central African Republic, the Democratic Republic of the Congo and the Angolan exclave of Cabinda.
The region was dominated by Bantu-speaking tribes, who built trade links leading into the Congo River basin. Congo-Brazzaville was formerly part of the French colony of Equatorial Africa. Upon independence in 1960, the former colony of French Congo became the Republic of the Congo. The People's Republic of the Congo was a Marxist–Leninist single-party state from 1970 to 1991. Multi-party elections have been held since 1992, although a democratically elected government was ousted in the 1997 Republic of the Congo Civil War.
Bantu-speaking peoples who founded tribes during the Bantu expansions largely displaced and absorbed the earliest inhabitants of the region, the Pygmy people, about 1500 BC. The Bakongo, a Bantu ethnicity that also occupied parts of present-day Angola, Gabon and Democratic Republic of the Congo, formed the basis for ethnic affinities and rivalries among those countries. Several Bantu kingdoms—notably those of the Kongo, the Loango, and the Teke—built trade links leading into the Congo River basin.
The Portuguese explorer Diogo Cão reached the mouth of the Congo in 1484. Commercial relationships quickly grew up between the inland Bantu kingdoms and European merchants who traded various commodities, manufactured goods, and slaves captured from the hinterlands. For centuries the Congo river delta served as a major commercial hub for transatlantic trade. However, direct European colonization of the area began in the late 19th century and eroded the power of the Bantu societies in the region.
The area north of the Congo River came under French sovereignty in 1880 as a result of Pierre de Brazza's treaty with Makoko of the Bateke. This Congo Colony became known first as French Congo, then as Middle Congo in 1903. In 1908, France organized French Equatorial Africa (AEF), comprising Middle Congo, Gabon, Chad, and Oubangui-Chari (the modern Central African Republic). The French designated Brazzaville as the federal capital. Economic development during the first 50 years of colonial rule in Congo centered on natural-resource extraction. The methods were often brutal: establishment of the Congo–Ocean Railroad following World War I has been estimated to have cost at least 14,000 lives.
During the Nazi occupation of France during World War II, Brazzaville functioned as the symbolic capital of Free France between 1940 and 1943. The Brazzaville Conference of 1944 heralded a period of major reform in French colonial policy. Congo benefited from the postwar expansion of colonial administrative and infrastructure spending as a result of its central geographic location within AEF and the federal capital at Brazzaville. It also received a local legislature after the adoption of the 1946 constitution that established the Fourth Republic.
Following the revision of the French constitution that established the Fifth Republic in 1958, the AEF dissolved into its constituent parts, each of which became an autonomous colony within the French Community. During these reforms, Middle Congo became known as the Republic of the Congo in 1958[9] and published its first constitution in 1959. Antagonism between the pro-Opangault Mbochis and the pro-Youlou Balalis resulted in a series of riots in Brazzaville in February 1959, which the French Army subdued.
The Republic of the Congo received full independence from France on August 15, 1960. Fulbert Youlou ruled as the country's first president until labour elements and rival political parties instigated a three-day uprising that ousted him. The Congolese military took charge of the country briefly and installed a civilian provisional government headed by Alphonse Massamba-Débat.
Under the 1963 constitution, Massamba-Débat was elected President for a five-year term. During Massamba-Débat's term in office the regime adopted "scientific socialism" as the country's constitutional ideology. In 1965, Congo established relations with the Soviet Union, the People's Republic of China, North Korea and North Vietnam. Massamba-Débat was unable to reconcile various institutional and ideological factions and his regime ended abruptly with a bloodless coup d'état in August 1968.
Source:

Top 10 Largest Cities or Towns of Republic of the Congo 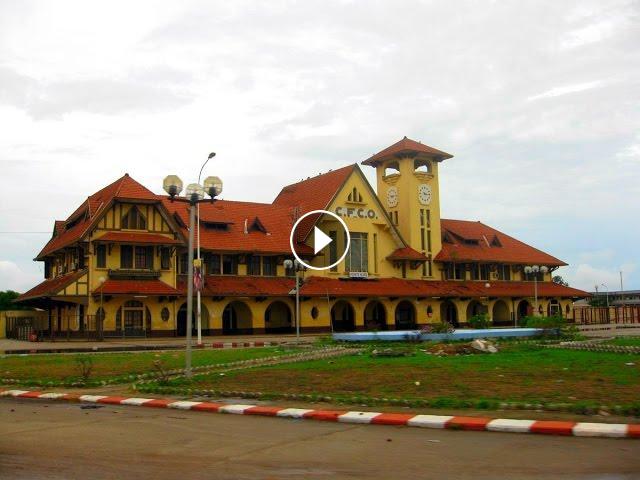