admin
Thanks for watching....
1. Bangui
2. Bimbo
3. Berbérati
4. Carnot
5. Bambari
6. Bouar
7. Bossangoa
8. Bria
9. Bangassou
10. Nola
Source:
Music : Alot For a Light,Jingle Punks; YouTube Audio Library
The Central African Republic is a landlocked country in Central Africa. It is bordered by Chad to the north, Sudan to the northeast, South Sudan to the east, the Democratic Republic of the Congo and the Republic of the Congo to the south and Cameroon to the west. The CAR covers a land area of about 620,000 square kilometres (240,000 sq mi) and had an estimated population of around 4.7 million as of 2014.
Most of the CAR consists of Sudano-Guinean savannas, but the country also includes a Sahelo-Sudanian zone in the north and an equatorial forest zone in the south. Two thirds of the country is within the Ubangi River basin (which flows into the Congo), while the remaining third lies in the basin of the Chari, which flows into Lake Chad.
What is today the Central African Republic has been inhabited for millennia; however, the country's current borders were established by France, which ruled the country as a colony starting in the late 19th century. After gaining independence from France in 1960, the Central African Republic was ruled by a series of autocratic leaders; by the 1990s, calls for democracy led to the first multi-party democratic elections in 1993. Ange-Félix Patassé became president, but was later removed by General François Bozizé in the 2003 coup. The Central African Republic Bush War began in 2004 and, despite a peace treaty in 2007 and another in 2011, fighting broke out between government, Muslim, and Christian factions in December 2012, leading to ethnic and religious cleansing and massive population displacement in 2013 and 2014.
Despite its significant mineral deposits and other resources, such as uranium reserves, crude oil, gold, diamonds, lumber, and hydropower, as well as significant quantities of arable land, the Central African Republic is among the ten poorest countries in the world. As of 2013, according to the Human Development Index (HDI), the country had a low level of human development, ranking at 185th out of 187 countries.
Approximately 10,000 years ago, desertification forced hunter-gatherer societies south into the Sahel regions of northern Central Africa, where some groups settled and began farming as part of the Neolithic Revolution. Initial farming of white yam progressed into millet and sorghum, and before 3000 BC the domestication of African oil palm improved the groups' nutrition and allowed for expansion of the local populations. Bananas arrived in the region and added an important source of carbohydrates to the diet; they were also used in the production of alcoholic beverages. This Agricultural Revolution, combined with a "Fish-stew Revolution", in which fishing began to take place, and the use of boats, allowed for the transportation of goods. Products were often moved in ceramic pots, which are the first known examples of artistic expression from the region's inhabitants.
The Bouar Megaliths in the western region of the country indicate an advanced level of habitation dating back to the very late Neolithic Era (c. 3500-2700 BC). Ironworking arrived in the region around 1000 BC from both Bantu cultures in what is today Nigeria and from the Nile city of Meroë, the capital of the Kingdom of Kush.
During the Bantu Migrations from about 1000 BC to AD 1000, Ubangian-speaking people spread eastward from Cameroon to Sudan, Bantu-speaking people settled in the southwestern regions of the CAR, and Central Sudanic-speaking people settled along the Ubangi River in what is today Central and East CAR.
Production of copper, salt, dried fish, and textiles dominated the economic trade in the Central African region.
Source: 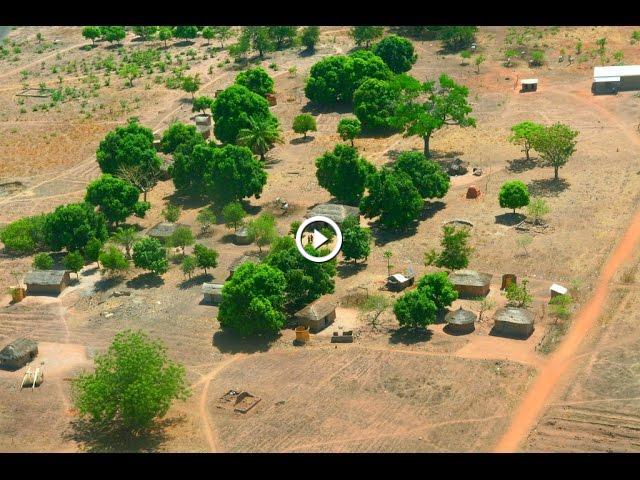