admin
Bonnie MacDougall has taught English in all sorts of forms—Composition, ESL, and literature including Shakespeare and Mythology and Literature—for more than thirty years, beginning at Queens College, CUNY, and now for twenty-six years at Bergen Community College. Her training was at Columbia University where she received a Ph.D in Sixteenth Century English Literature where she studied with William Nelson and James Mirollo in the Graduate School of Arts and Sciences. Her dissertation was on the permutations of the Pygmalion myth from 3 B.C. to its displaced use in Shakespeare's The Winter's Tale. In the 1980s she worked on the English versions of translations of Sunil Gangopadhyay's poems in City of Memories, with Kalyan Ray, preface by Allen Ginsberg. In 2004-05, she directed a New Jersey ELMS grant which resulted in the production of EDRE, an online repository of resources for the Department of English faculty. In 2011-2012, she served as Interim Academic Vice President and fostered inter-disciplinary programs such as the Science Literacy Project and is now back in the classroom, which she has never enjoyed more.

In her TEDx talk, Bonnie MacDougall charts the evolution of her presence in the classroom from a persona to a person, finding remarkable parallels in her experiences and views with those of Parker J. Palmer as expressed in The Courage to Teach.
In the spirit of ideas worth spreading, TEDx is a program of local, self-organized events that bring people together to share a TED-like experience. At a TEDx event, TEDTalks video and live speakers combine to spark deep discussion and connection in a small group. These local, self-organized events are branded TEDx, where x = independently organized TED event. The TED Conference provides general guidance for the TEDx program, but individual TEDx events are self-organized.* (*Subject to certain rules and regulations) 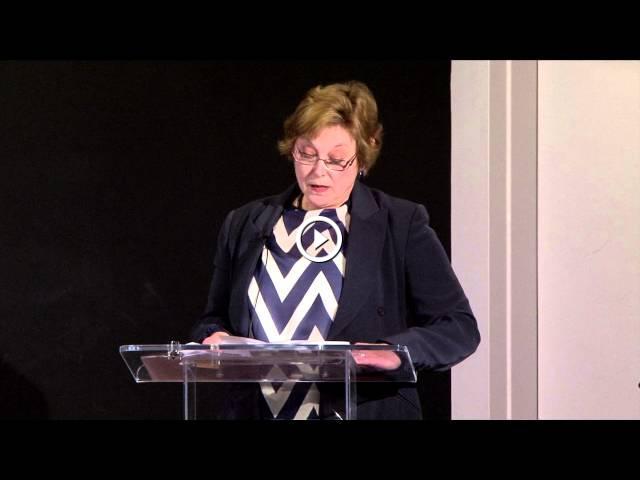 Bonnie MacDougall has taught English in all sorts of forms—Composition, ESL, and literature including Shakespeare and Mythology and Literature—for mor...