admin
Kay Koplovitz is the Founder of USA Network, and the Sci-Fi Channel and USA Networks International. She created the business model for cable networks by introducing the concept of two revenue streams -- licensing and advertising. Ms. Koplovitz served as Chairperson & CEO until the company was sold for $4.5 Billion in 1998.

Ms. Koplovitz served as Chairman of the Board of Fifth & Pacific (Formerly Liz Claiborne Inc.) from January 2007 until May, 2013. She is also Chairman and Co-Founder of Springboard Enterprises the premier platform where entrepreneurs, investors and industry experts meet to build great women led businesses. Springboard educates, sources, coaches, showcases and supports high growth companies seeking equity capital for expansion. , Since its inception in 2000, Springboard Companies have raised over $5.5 Billion and created over 10,000 jobs.

Kay counts among her accomplishments the Presidential appointment as Chair of the National Women's Business Council (1998-2001).

In recent years Kay has stepped into a leadership role in the area of Board Diversity and getting more women on boards joining the efforts of NYSE/Euronext, The Women's Forum, Yale University and The Partnership for New York City, and Corporate Board Member.

In addition to Fifth & Pacific, Kay is a Board Member of CA Technology, and ION Media. She has also served on the boards of Oracle, Nabisco, Instinet and General Re.

She is the author of Bold Women, Big Ideas and speaks on the topics of women's leadership especially in the areas of Entrepreneurship, Board Diversity and media. She is frequently interviewed on these subjects by news and media outlets including, The Wall Street Journal, New York Times, Business Week, Mergers and Acquisitions, CNN, Fox News, Bloomberg , Tech Crunch, Variety and others.

She serves as trustee of The Paley Center for Media as well as The University of Wisconsin-Madison, College of Letters & Science. She holds a master's degree in Communications from Michigan State University and a Bachelor of Science degree from the University of Wisconsin as well as honorary doctorate degrees from Emerson College, St. John's University, Michigan State University and Canasius College. A native of Milwaukee, Ms. Koplovitz is married to private investor William C. Koplovitz, Jr.
In the spirit of ideas worth spreading, TEDx is a program of local, self-organized events that bring people together to share a TED-like experience. At a TEDx event, TEDTalks video and live speakers combine to spark deep discussion and connection in a small group. These local, self-organized events are branded TEDx, where x = independently organized TED event. The TED Conference provides general guidance for the TEDx program, but individual TEDx events are self-organized.* (*Subject to certain rules and regulations) 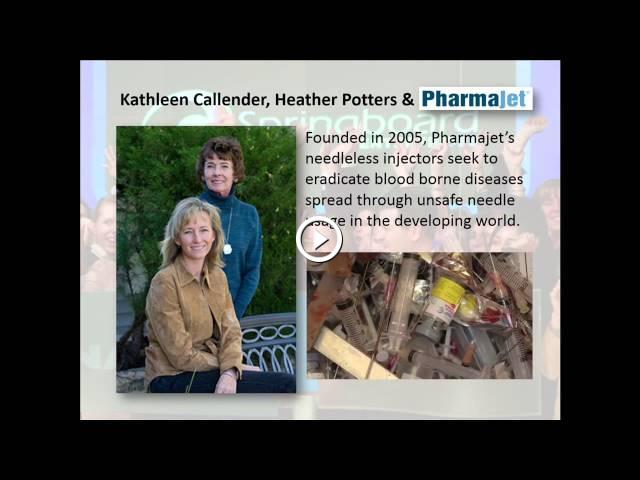 Kay Koplovitz is the Founder of USA Network, and the Sci-Fi Channel and USA Networks International. She created the business model for cable networks ...