admin
Author, speech coach, and comedy guru Judy Carter knows the power of personal stories and teaches how to use them to get laughs, connect with clients, promote businesses, and discover the message of you.

Carter started her career as a magician and later became a headlining standup comic. She's been featured on over 100 TV shows and nominated for Atlantic City's Entertainer of the Year. Her first book, "Standup Comedy: The Book" (Random House) was featured on the The Oprah Winfrey Show. After Oprah's recommendation, Judy became an in-demand comedy coach, working with America's top comics as well as teaching comedy in China, Australia, Sweden, Russia and Germany.

On a mission to help out humor-impaired corporate America, Carter's keynotes have been the subject of Wall Street Journal articles and have thrilled attendees at many Fortune 500 companies including Fedex, Oracle, Proctor and Gamble, Johnson and Johnson, and Boeing, as well as hundreds of finance, healthcare and women's events.

When she's not speaking, snowboarding, or scuba diving, Carter coaches speakers and comics in addition to writing books. She's the author of The Comedy Bible (Simon & Schuster). Her latest book is The Message of You (St. Martin's Press, 2013), which teaches readers how to use their life stories as business tools, as well as to remind themselves of what they stand for and what their life purpose is.

Carter is also a regular contributor to National Public Radio's "All Things Considered."

Her animals and spouse reside in Venice Beach, California, where they provide periodic accommodations to her. 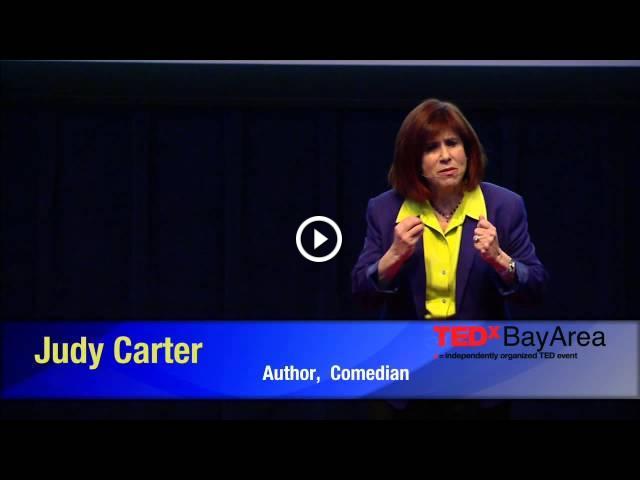 Author, speech coach, and comedy guru Judy Carter knows the power of personal stories and teaches how to use them to get laughs, connect with clients,...