Why Aren't We There Yet? : Barbara Krumsiek at TEDxBayArea Global Women Entrepreneurs Impact!

During her tenure, Barbara has advanced Calvert's position as a globally recognized leader in the field of sustainable and responsible investing. She served as Co-Chair of the United Nations Environment Programme -- Finance Initiative for three years ending in 2012. UNEP FI is a partnership between the United Nations Environment Programme and 200 financial institutions around the globe mandated to develop and promote the links between sustainability and financial performance.

As head of Calvert, she has successfully advocated on issues relating to the advancement of women in business including efforts to increase the representation of women on corporate boards. Under her leadership, the Calvert Women's Principles were created in 2004, marking the first global code of corporate conduct focusing exclusively on empowering, advancing, and investing in women worldwide. The Principles have since become the basis for the Gender Equality Principles, an initiative of the City of San Francisco Department on the Status of Women, and the Women's Empowerment Principles which is a collaborative effort between UNIFEM and the UN Global Compact. For this work, in 2010, she received the CEDAW Women's Human Rights Award

Ms. Krumsiek has been cited often for her leadership and influence in business. In 2013, she was recognized as one of Washington Business Journal's Power 100, "Most Powerful Women" by Washingtonian Magazine and "Private Sector Woman of the Year" Award from Financial Women's Association of New York. In 2012, she was awarded the Columbia University Business School's Botwinick Prize in Business Ethics. She was also honored as a Washington Business Hall of Fame Laureate in 2009.

Ms. Krumsiek currently serves on several private and non-profit boards. She is a Board member of Pepco Holdings, Inc., the Eugene and Agnes E. Meyer Foundation, Calvert Foundation and Girl Scouts USA. Currently, she serves on the Executive Committee of the Federal City Council. She is a former Chair of the Greater Washington Board of Trade.

Graduating Phi Beta Kappa with honors from Douglass College, Rutgers University, Ms. Krumsiek received a Bachelor's degree in mathematics. She received an MS in Mathematics from New York University. In May 2002, Georgetown University awarded Ms. Krumsiek the Degree of Doctor of Humane Letters, Honoris Causa, citing her work in advancing the critical dialogue regarding the role of business in society. In May 2012, American University awarded her the Degree of Doctor of Laws, Honoris Causa.

Ms. Krumsiek, a native New Yorker, resides in Washington, DC with her husband, Bart Leonard and their two daughters.


In the spirit of ideas worth spreading, TEDx is a program of local, self-organized events that bring people together to share a TED-like experience. At a TEDx event, TEDTalks video and live speakers combine to spark deep discussion and connection in a small group. These local, self-organized events are branded TEDx, where x = independently organized TED event. The TED Conference provides general guidance for the TEDx program, but individual TEDx events are self-organized.* (*Subject to certain rules and regulations)

Why Aren't We There Yet? : Barbara Krumsiek at TEDxBayArea Global Women Entrepreneurs Impact! 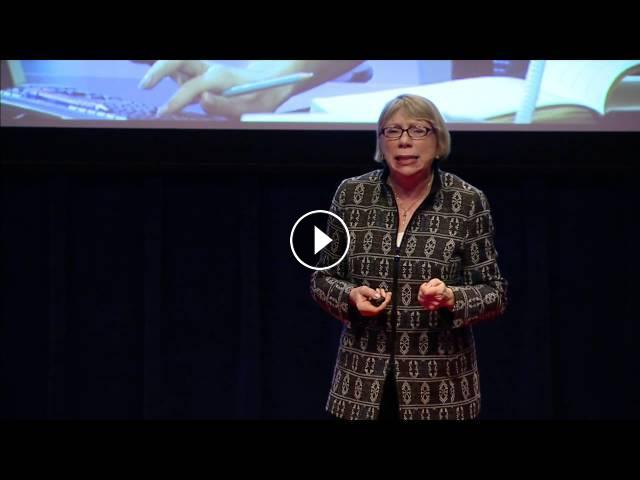 Barbara J. Krumsiek is Chair, President and CEO of Calvert Investments, Inc. Calvert manages over $12.5 billion in assets for individual investors, re...