admin
Lakshmi Pratury brought TED to India in 2009, when the first TEDIndia conference was held in Mysore. In December 2010, she curated and hosted the first INK Conference, in association with TED, which carried forward the momentum created by TEDIndia. Lakshmi Pratury brings with her a varied and rich experience that spans for-profit enterprises, venture capital and nonprofit organizations. Featured in the list of '100 Most Powerful Women' by Forbes Asia in 2010, Lakshmi has traversed an incredible distance professionally.

As a social entrepreneur, Lakshmi was a leading force at the American India Foundation (AIF), where she was part of the management team that raised over $30M in five years to channel towards development activities in India. She was the founder of the Digital Equalizer program, which brought technology education to over 100,000 children and 2,000 teachers in India.

Before this Lakshmi was with Intel Corporation for 12 years and had various roles in marketing, marketing communication, advertising, and evangelizing the developer community.

Lakshmi holds a Bachelors degree in Mathematics from Nizam College, Hyderabad, India. She attended IIT, Mumbai, and has an MBA from the Bajaj Institute, India, and a second MBA from Portland State University, with a minor in theater arts. 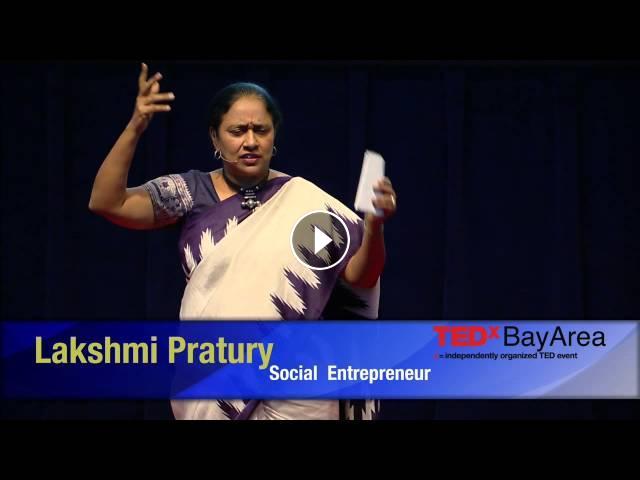 Lakshmi Pratury brought TED to India in 2009, when the first TEDIndia conference was held in Mysore. In December 2010, she curated and hosted the firs...