admin
This talk was given at a local TEDx event, produced independently of the TED Conferences. His talk will expand on the theme that our species began a slow decline and withdrawal from our physical world with the advent of the industrial revolution and James Watts' invention of the steam engine. To continue to flourish as the dominant species on our planet, we have to accept our animal physiology and be active in the world. Using bouts of "exercise" is counter-productive, limiting and mis-guided. Instead we have to truly embrace our birthright as an animal species Homo Sapiens living in the world. Currently our species exists as if we live in a self-constructed "zoo" but will only be able to move forward by realizing that people are animals too.

Paul Zehr is a professor of neuroscience and kinesiology at the University of Victoria. His pop-sci books include "Becoming Batman" (2008), "Inventing Iron Man" (2011), "Project Superhero" (2014), and the forthcoming "Beyond Superhero—Evolution of Our Species By Sex, Drugs, and Rock 'n' Roll" (2015). Paul has been interviewed in publications such as Scientific American Online, Men's Health, Men's Fitness, Maxim, Popular Mechanics, Total Film, and Maclean's magazines and featured on radio and television interviews around the world including NPR in the USA, CBC Radio's "Quirks and Quarks", CTV's "Canada AM", CBC TV's "The National", and CITY TV "Breakfast Television". Paul has a popular neuroscience blog "Black Belt Brain" at Psychology Today and blogs for Scientific American magazine. 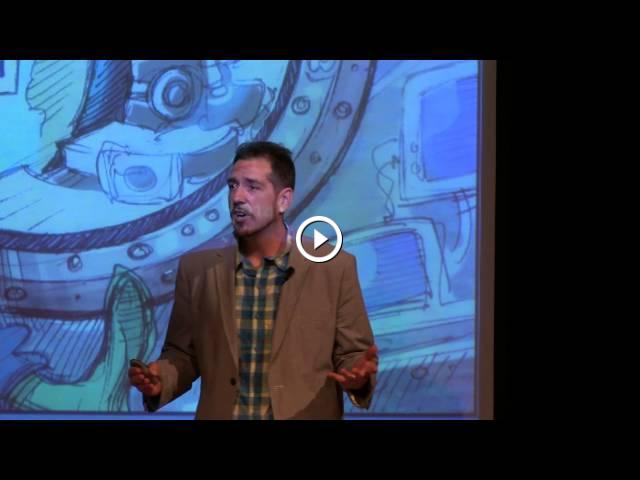 This talk was given at a local TEDx event, produced independently of the TED Conferences. His talk will expand on the theme that our species began a s...