ava
In an unusual move, Facebook and Twitter censored a New York Post story about alleged emails from the Democratic presidential nominee Joe Biden’s son that suggested he gave a Ukrainian executive the opportunity to meet with Biden.

The alleged emails were said to be obtained by Rudy Giuliani, Trump’s personal attorney and his former top advisor, Steve Bannon. The Biden campaign said no such meeting took place. Facebook decided to limited access to the story in order to have it fact-checked by a third party and Twitter marked the story as “potentially unsafe”, temporarily locking the accounts of the Trump campaign and the White House press secretary in what the company said was a violation of its rules on publishing hacked materials.

The move triggered an immediate backlash from Republicans and Conservatives, who accuse the social media giants of engaging in censorship and election interference. While Republicans on Capitol Hill accuse Facebook and Twitter of political bias, Democrats criticize them for not being aggressive enough in cracking down on harmful posts, including election misinformation.

The companies whose CEOs will testify before Congress at the end of October rejected accusations of bias, saying they do not enforce their policies on the basis of political ideology.

Guests:
Tim Kendall
CEO​ of Moment and former Director of Monetization​​ for Facebook 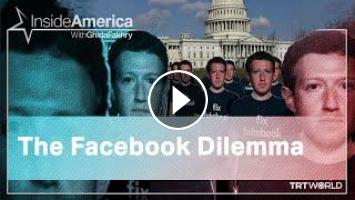