Time for a Change? | Inside America with Ghida Fakhry

ava
Breaking their silence. Former Trump allies and military leaders speak out against the Commander-in-Chief’s abuse of authority, as prominent Republicans publicly disavow the President.
Former President George W. Bush is among those who say they cannot support Trump’s bid for a second term. So is Mitt Romney, the only Republican Senator who voted to convict Trump after his impeachment by the House or Representatives. And former Secretary of State Colin Powell, in his first public statements about the President, called him a ‘danger to the United States’. Powell, who also served as Chairman of the Joint chiefs of Staff, criticized Republicans in Congress for not speaking out against what he called Trump’s abuses of power, repeated lies, and drifts away from the Constitution.
This follows scathing criticism from another retired US General —and former Defense Secretary— James Mattis, who labelled Trump ‘a threat to the US constitution’.
With Trump now trailing Biden in the latest national polls, how will this unprecedented wave of public rebukes by the top military brass affect Trump’s re-election prospects?

Guests:
Sean O'Keefe
Former US Secretary of the Navy

Time for a Change? | Inside America with Ghida Fakhry 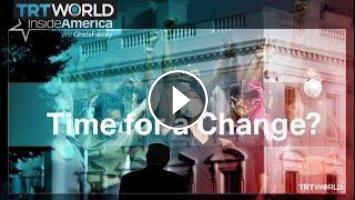 Breaking their silence. Former Trump allies and military leaders speak out against the Commander-in-Chief’s abuse of authority, as prominent Republica...