ava
A small group of Republican Senators, led by Texas Senator Ted Cruz, have objected to President-elect Joe Biden’s electoral college victory during a joint session of Congress to certify the result of the 2020 election. They argue Congress should establish an Electoral Commission to audit election results and address claims of fraud.

As many as 140 Republican House members also challenged Biden’s victory. This has sparked an open conflict among Republican lawmakers —with Senator Mitt Romney calling it ‘an egregious ploy’ that ‘dangerously threatens our democratic republic” and former House Speaker Paul Ryan saying that it is ‘difficult to conceive of a more anti-democratic and anti-conservative act’. Republican Congressman Adam Kinzinger shared similar concerns saying “This will start a terrible cycle where every election must be objected to and eventually we will lose our ability to self-govern. It really is that serious.”

Meanwhile, in a letter published in the Washington Post, all 10 living former Secretaries of Defense declared the election over and warned that “efforts to involve the U.S. armed forces in resolving election disputes would take us into dangerous, unlawful and unconstitutional territory.”

So where does this last-ditch effort by Trump’s allies on Capitol Hill to overturn the election result leave Republicans and the future of their party? 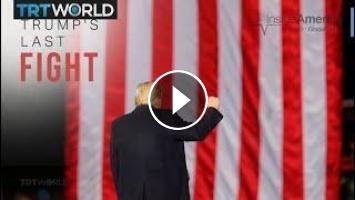